Barbados it is one of the most densely populated countries in the world and is a perfectly equipped island to accommodate masses of tourists. Candid beaches and turquoise sea are a guarantee. But this is just one of its faces. To anyone who wants to get away from the most tourist areas, Barbados can offer several pleasant surprises, even on a holiday of a few days. 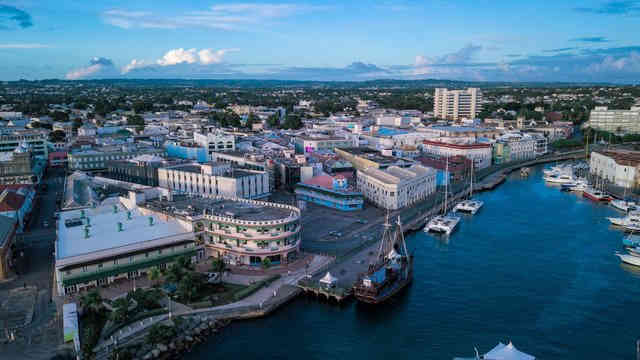 The capital, Bridgetown, is a very active and largely modern town, which however deserves a stop. During the day you visit the center and stop in one of the Carenage cafes, the beautiful port overlooking the bay; in the evening you walk in Baxter’s road, the road of rum shops and sellers of cutters, tasty appetizers that are prepared around here. Instead Speightstown it can be a good starting point to explore the central-northern regions of the island, rich in tourist places of historical and naturalistic interest. Speightstown was the commercial port of Barbados at the time of sugar production; today it is a town with a peaceful atmosphere, with a very pleasant promenade overlooked by lively wooden houses with gingerbread verandas and some historic buildings, discolored from the years and from the salt. 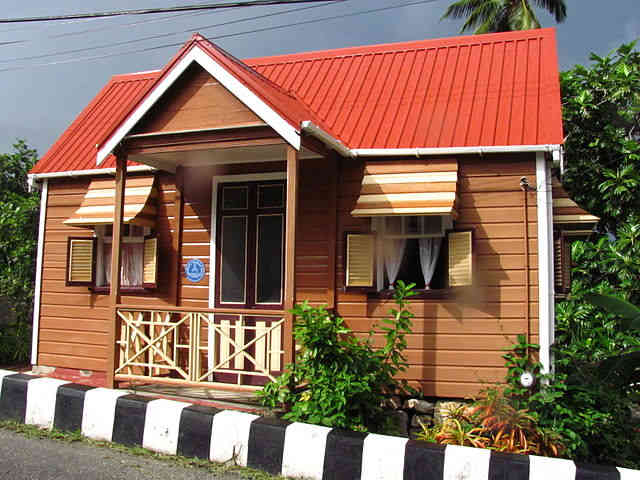 The architecture of the houses speaks volumes about the history of the houses Caribbean and a Barbados there are still several traditional buildings, the chattel houses; these are simple wooden houses, dating back to the post-slavery era when slaves, freed but not yet owners of the land, built small mobile homes, which could easily be dismantled and moved. As the owner acquired some security, he added other elements and the house, from a simple housing unit, enlarged and was embellished with arcades and verandas elegantly decorated and inlaid. The evolution of the local architectural style is illustrated at Tyrol Cot Heritage Village, one of the many tourist sites carefully managed by Barbados National Trust. 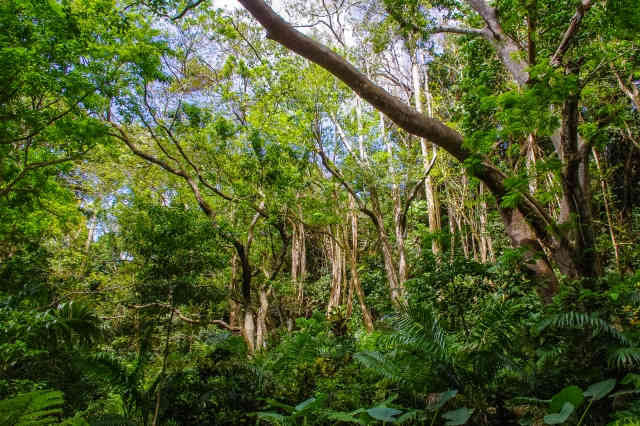 The same care with which this non-profit organization revives the colonial residences of the island is found in sites of ecological and naturalistic interest. Such as the Welchmann Hall Gully, a karst gorge where you can admire many of the native plant species, disappeared from Barbados centuries ago, as well as a multitude of other naturalized plants, including bamboo and pandans about twenty meters high, splendid halocasias, palms of all varieties, crotons and flowery heliconias. There is a majestic specimen of Ficus citrifolia from long aerial roots, which the first Portuguese navigators called bearded trees ( los barbados ) and to which perhaps the name of the island is due, In this area also the subsoil, full of caves, hides curious shows; as Harrison’s Cave, a series of limestone caves crossed by streams and underground waterfalls, which in the Caribbean are a rather unusual geological phenomenon. 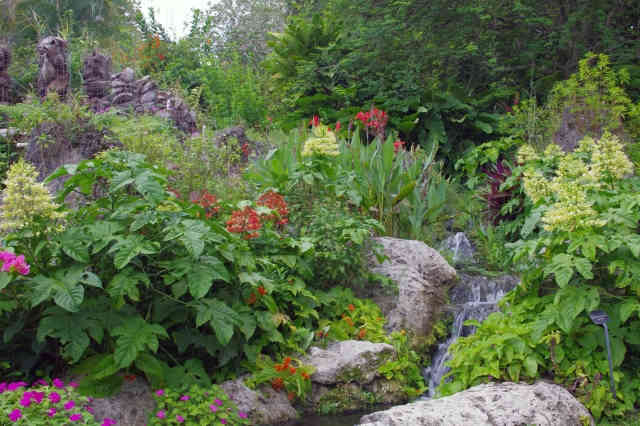 Still on the subject of botanical gardens, however, it is worth visiting two extraordinary collections of tropical plants and flowers from all corners of the world: the Flower holest in the heart of the Scotland district and the Andromeda Botanical Gardens, on the hill overlooking Bathsheba. As for the beaches, there are something for everyone. The primacy of those “Caribbean” is held by the west coast: white sand, rustling palms and transparent waters, where you can snorkel, swim or simply do nothing. 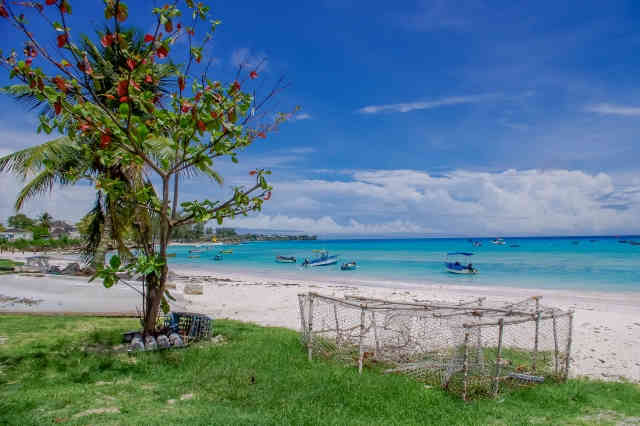 In the stretch between Bridgetown is Holeteown elegant private properties and most luxury hotels are concentrated; instead, south of the capital, the major tourist centers are Hastings, Worthing and above all St Lawrence, also known as the Gap. Here life is animated day and night and the beautiful white beaches are perfectly equipped for all kinds of sports and leisure activities. 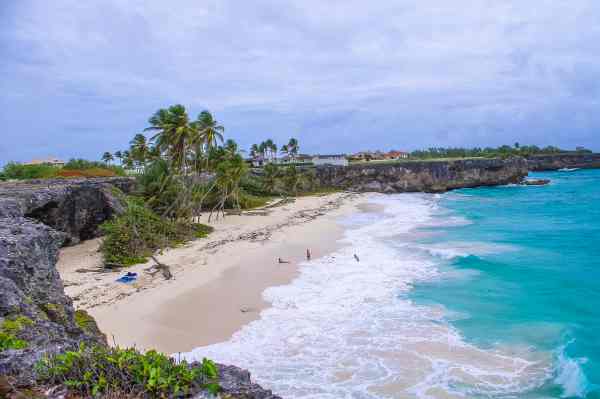 The beaches of the south east are more secluded and suggestive, suitable for those who do not fear some waves; the area is always windy and the sea lends itself more to surfing and body surfing than to long baths. The most loved are Crane Beach is Bottom Bay, the latter famous for its postcard landscapes. Unfortunately, however, the interior is unattractive: the landscape in the district of St Philip, between the airport and the lighthouse of EastPoint, it is quite bleak and does not even offer great accommodation and evening entertainment opportunities. The eastern side of Barbados it is probably the most beautiful region on the island. The soft contours of the Scotland District they are the backdrop to a largely wild and sparsely populated coast, characterized by dense tropical vegetation that reaches the sea. 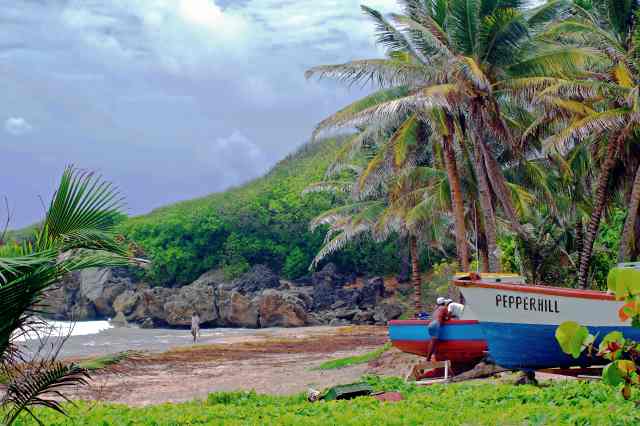 One behind the other there are very long beaches, of coral sand mixed with stones, where there is rarely a living soul. Numerous signs indicate that in this area the currents are strong and swimming is therefore not recommended, but there are some more protected bays that offer unexpected possibilities. Bath beach for example it is safe for swimming; long and shaded by a grove in a rowos, it is one of the most popular beaches in the area, even for the weekend picnic. A little further south, another sheltered but smaller beach is Conset bay. 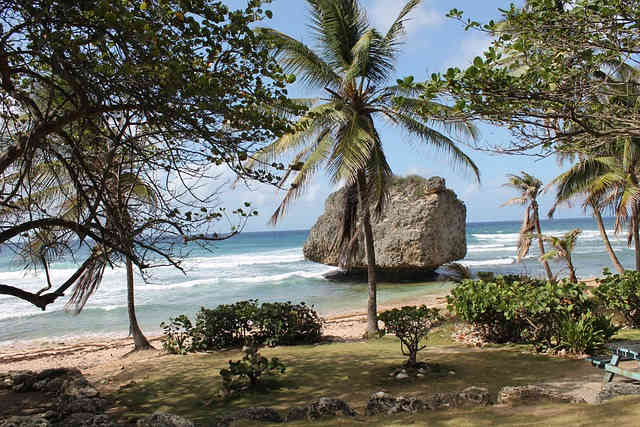 The most photographed beach in all Barbabos is Bathsheba and, admittedly, it is very scenic with those rock stacks tormented by the waves. Bathsheba it is the only tourist resort on the entire Atlantic coast, even if it lacks a real inhabited center. The few facilities in the area, some hotels and a couple of rum shop which also serve hot dishes, are scattered on the waterfront. Paradise of the most experienced surfers, Bathsheba it is not made for a holiday under an umbrella. However, you can try a dip when the waves are less strong, or stay immersed for hours in the natural pools that form between the rocks. To do nothing, enjoying the charm of this place out of this world. And does it seem small to you?